Statement
Why It Matters
Statement

Uplift Sports Ministry is committed to the physical, spiritual, and moral development of athletes through sports performance training by combining the highest level of sports specific training with sound biblical teachings and character building opportunities.

Athletics has such a powerful influence in our country and community. The pursuit of scholarships and success has parents and athletes traveling thousands of miles and spending countless hours and money in hopes of reaching these goals. So often God and family are placed on the back burner in the name of giving the athlete the best opportunity to succeed. As parents we often fail to realize what impact these priorities are having on the athlete’s mental and spiritual development.

Uplift Sports Ministry offers the highest level of sports performance training as a draw in order to share God’s perfect plan of salvation through Jesus Christ. Merging the gospel with sports performance training and strong character development in a single facility makes for a unique and powerful ministry that penetrates deep within our community exposing our common interest. Our desire is to promote mind, body, and spirit through the following techniques:

† The integration of FCA and NG3 for outreach and ministry opportunities

† Promoting the spirit of giving and helping over egocentricity

† Sports specific training that includes speed and agility as well as weight training techniques that have been used in the training of thousands of elite level athletes from all sports.

†  Interactive discussion of the comparisons between scripture, life and sports

†  Speakers from the sports community (pastors, coaches, and players from the high school level all the way to professional level sports) 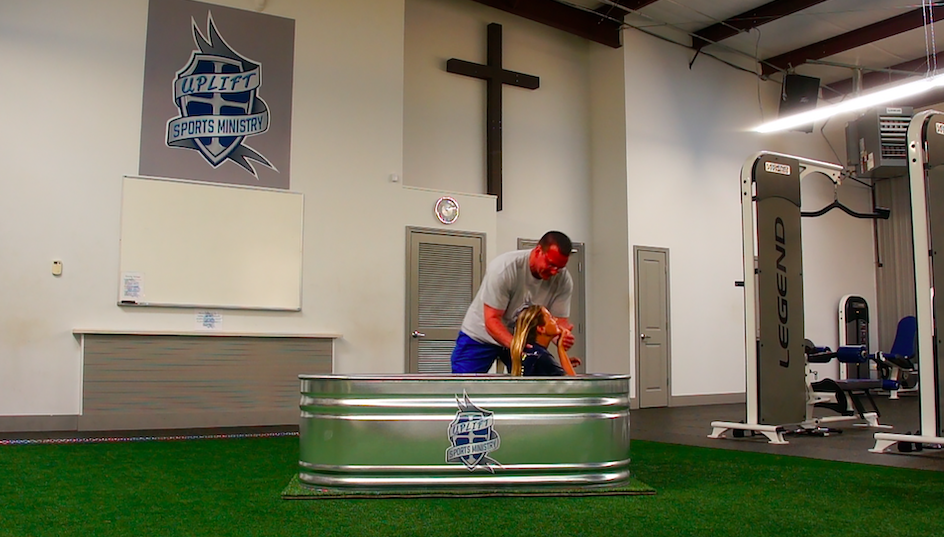 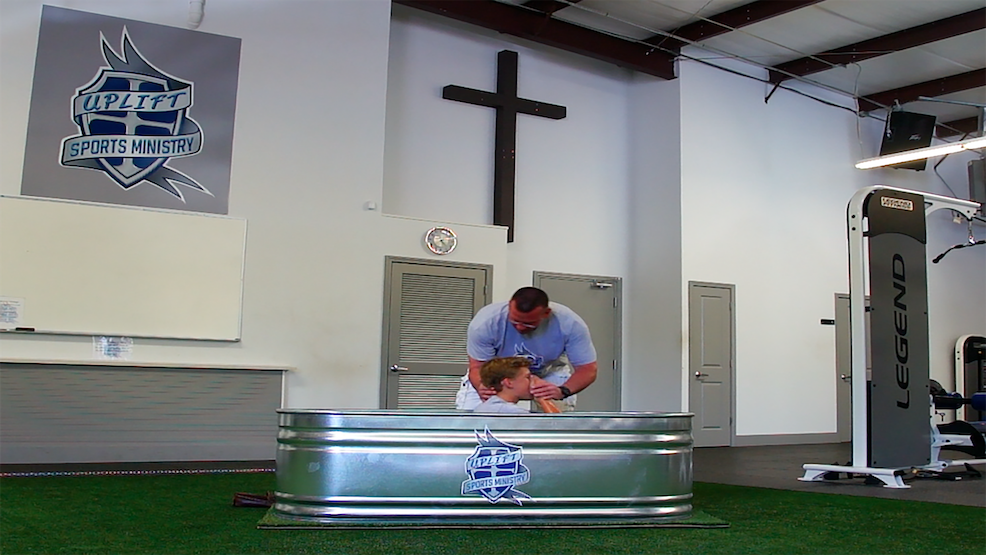 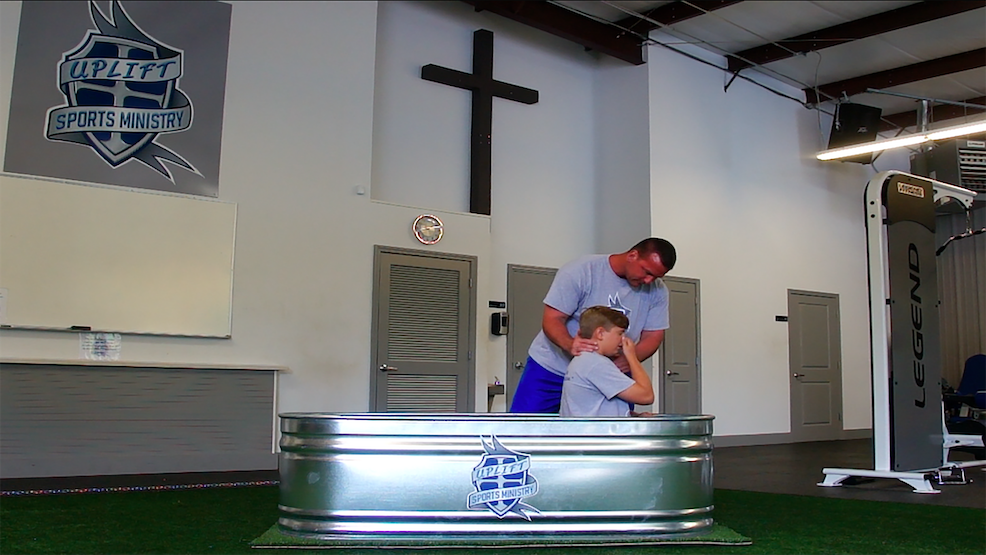 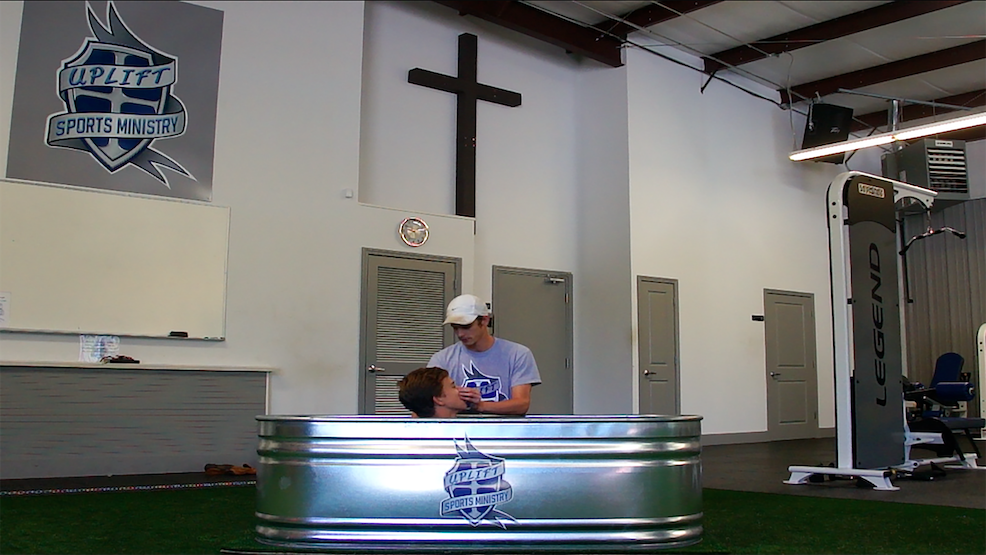 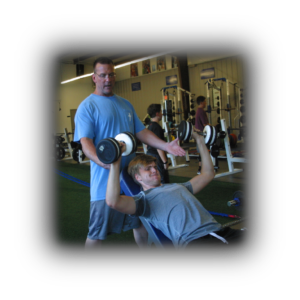 Founder, Robby Stewart, has been an elite level sports performance coach for over 30 years and is recognized as one of the foremost sports performance coaches in the United States. He has assisted in the performance development of over 1,200 professional athletes across the NFL, MLB, NBA, and MLS, as well as Olympians from 9 different countries. Robby also spent time working with the Swedish National Federation Olympic Weightlifting Team prior to the 1996 Olympic Games in Atlanta. Some of Robby’s baseball athletes include: Jeff Francoeur, Tim Beckham, Matt Carpenter, and Marwin Gonzales. Robby has also trained athletes that have collectively won every major collegiate football award including the Heisman, Outland, Nagurski, and Unitas Trophies. His football athletes include more than seventy-five All-Americans and over fifty Pro-Bowlers, one NFL Comeback Player of the Year, two Defensive Rookies of the Year, the 2009 NFL Defensive Player of the Year, and 2018 NFL Hall of Fame inductee Brian Urlacher.

Prior to founding CES Performance, Robby got his start in the sports performance world in 1988 when he was hired as the Strength and Conditioning Coach for his alma mater, the University of Georgia. Robby established UGA’s first Olympic sport strength and conditioning program. In 1992 he was asked to expand his training and philosophy by taking over the strength and conditioning program for the defensive front of the Bulldog’s football team. In 1995, he spent time training with the Swedish National Federation Power-lifting team for the 1996 Olympic Games held in Atlanta, as well as other Olympic athletes for swimming and track and field. Robby holds a degree in Exercise and Sports Science and was certified in 1992 as a Strength and Conditioning Specialist by the National Strength and Conditioning Association, USAW certified. Robby lives in Loganville with his wife, Gaye, and their three sons, Hamill, Gunnar, and Slater.

“For with God nothing shall be impossible.” 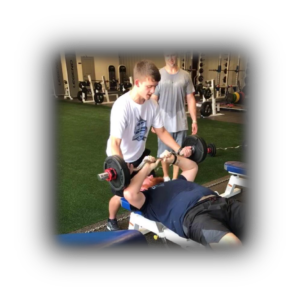 Gunnar has been immersed in the Sports performance-training world since his early childhood.  He started training and working out with Robby at Competitive Edge Sports from a very young age. This opportunity allowed Gunnar to learn both the physical and technical specifics of sports performance from some of the industries best coaches as well some of the world’s best athletes in their prospective sports. Gunnar’s past experiences as a performance coach at CES and his athletic experiences are what make him a vital part of the staff here at Uplift Sports Ministry.

Gunnar was also an accomplished athlete at Walnut Grove High School where he was named 1stTeam All-Region 4AAAA, Player of the Year from 63 ANGLS Production Company, State Farm Player of the Week as well as many other team awards. Gunnar was also selected to play in the North Georgia FCA All-Star game after the 2014-2015 season.

In addition to his training responsibilities Gunnar also serves as Director of Social Media, Video Productions, Marketing, Scheduling, Book Keeping, and our Website.

“Work willingly at whatever you do, as though you were working for the Lord rather than for people.”

How can you help?

Uplift Sports Ministry’s desire has never been to simply provide another training facility for the sole purpose of enhancing athletic performance. Our goal is to use our facility and training as a means of reaching our community’s young athletes in order to grow them in character and spirituality. With this in mind, Uplift has always sought to keep the cost of training to a minimum so that we can reach as many young people in our community as possible. Unfortunately, there is a majority of our community’s youth who could benefit immensely from our services but financial circumstances do not permit their participation.

We try to scholarship as many of these athletes as possible with partial or full scholarships depending upon need. Due to the growing number of single parent homes and the continuous rise in cost of living expenses, extra-curricular activities are simply not an option for many. At Uplift, we believe that scholarship opportunities must also come with responsibilities. Grades, conduct, and community participation are expected. Together we can positively influence the lives of our youth, no matter the obstacles they may face.

We are reaching out to you, as a leader in our community, to sincerely invite you to partner with us at Uplift Sports Ministry. Your financial support will enable us to continue to grow this ministry in-house and off-site by making it financially possible to reach those that otherwise would not have this opportunity. 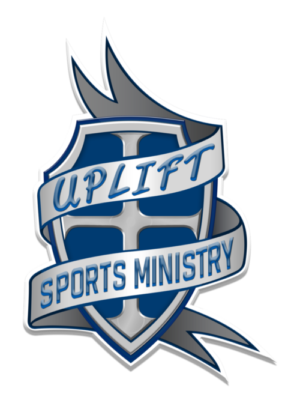 "For with God nothing